I’m up to the stage of submitting my app to Apple for review.
I need to upload the build. I have read on the forum that MacInCloud can be used to do this as i use Windows, and the upload options with Apple require a Mac.
If i use MacInCloud to upload my app, is the process straight forward?

Do as much of the work in your windows browser as you can. That means uploading images, filling in all the fields on the forms etc. Next, copy your app to your iCloud drive as that’s the easiest way to find it on the MacInCloud. Lastly login to iTunes Connect (I have it on my IPad but I can’t upload from there but use it to familiarize yourself with it.) It usually takes me about 15 on MacInCloud but has taken an hour. Oh, also make sure you’ve built with the distribution certificate and provisioning profile.

Thanks for your reply.
I’m a little unsure what to do once i have my ipa file from PhoneGap. I’ve set up everything my app on App Store connect. In the section where i need to upload the build, it says Xcode can be used. I’m now using MacInCloud but not sure how to use the ipa file with Xcode or any other upload method suggested.

Yeah, for those of us without a mac, it’s really exasperating to go through this process. I feel your pain! In MacInCloud, open iTunesConnect and you SHOULD be able to upload it that way.

When i open iTunesConnect and go to my app, then scroll down to the Build section, it wants me to ‘Upload your builds using one of several tools. See upload tools’.
Is Xcode needed or should i be able to upload my ipa file directly?

Apparently, your role must be Admin, Technical, App Manager or Developer in App Store Connect to upload a build. My role is currently Account Holder. I’ll see if i can change this.

Update:
I created a new user with the role set as a Developer and it’s still the same

You need to use the Transporter app to upload:

I posted a video giving instructions a few messages back…

Thanks a lot for your help. That was painful!
I managed to upload the build.

I had a few little issues with missing purpose string in Info.plist which i sorted out. The only issues i now see are:
ITMS-90725: SDK Version Issue - This app was built with the iOS 12.1 SDK. Starting April 2020, all iOS apps submitted to the App Store must be built with the iOS 13 SDK or later, included in Xcode 11 or later.

Not sure what problems above will have later on.

UIWebView will be deprecated and replaced with WKWebView. Building with a 5.1.0 or above version of Cordova iOS will fix that. Otherwise, your app will be pulled from the App store next month.

All the more reason to build out apps with CLI.

Thanks for your reply.
How do i go about building with a 5.1.0 or above version of Cordova iOS? Is that something to be changed in PhoneGap?

Or does CLI take care of all this?

Building out locally with CLI will give you full control with what plugin or version of Cordova you may want to use. If you are using the Adobe PhoneGap Build service then you’d have to wait and see if they update.

My guess is if an app was built with PGB, then Adobe may not have accounted for this issue which may be the reason the service is being stalled?

Cordova iOS can be updated via CLI.

This topic was automatically closed 10 days after the last reply. New replies are no longer allowed.

Apple has extended the deadline for the first issue. Instead of April, it is now June 30 for this one: 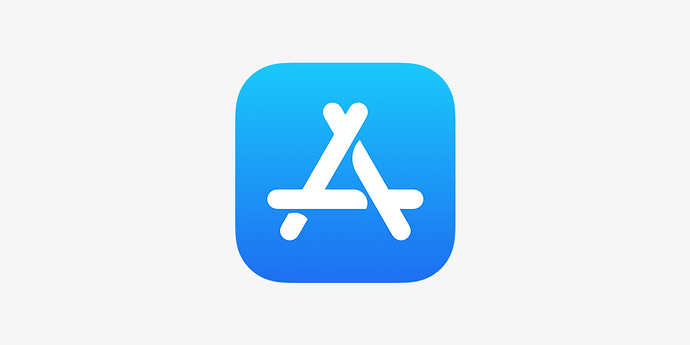 Deadline for App Updates has Been Extended - News - Apple Developer

We greatly value the worldwide developer community, and appreciate your commitment to making a difference in people’s lives through the power of technology. To accommodate developers who may need additional time to update their existing apps on the...

For the second issue, existing apps will be fine until November 30. New apps will need to use the WKWebView in April: